During the 2017 holiday season, Toys R Us fell $250M short of profit expectations, the final blow that led to the downfall of the once dominant retailer. In early 2018 court filings, attorneys for Toys R Us stated that Amazon, Walmart and Target priced toys “at low-margins or as loss-leaders” during the holiday shopping season and offered aggressive online shipping options. Toys R Us representatives also stated that the retailer “could not compete” with those prices because it relies exclusively on toy sales for profit. 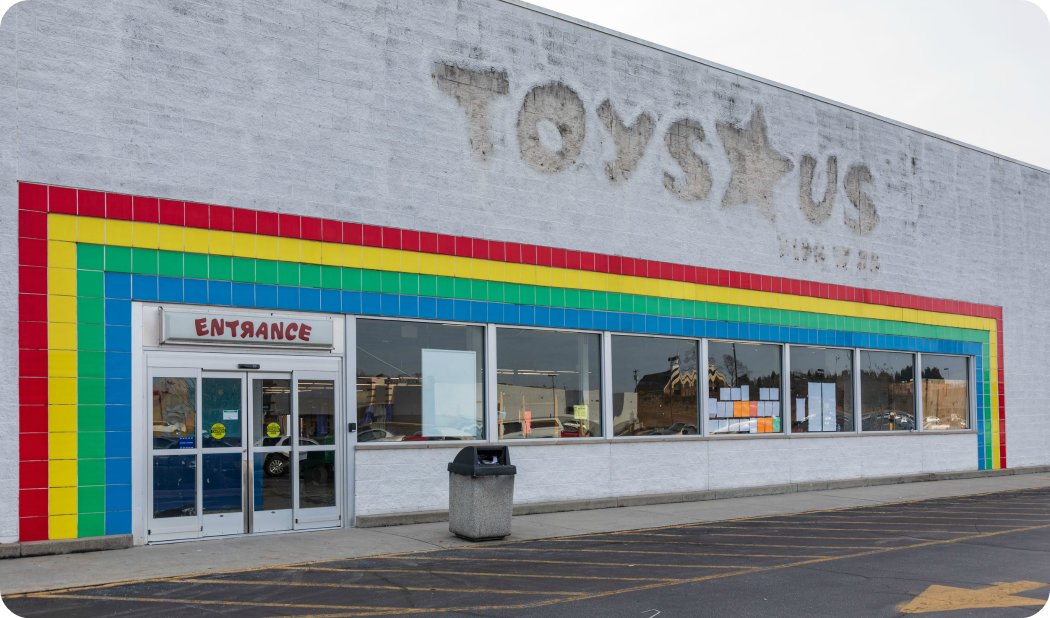 With Amazon and Walmart embarking on healthcare ventures some of the same players are now surrounding healthcare and employee benefits. Understanding how Amazon tactically and patiently took down Toys R Us can shed light on how they will aim to do the same to insurance carriers who are their own dominant brands and a massive lobbying body in Washington.

The reality is that Amazon’s role in the destruction of Toys R Us started in 2000 when instead of advancing its own e-commerce platform Toys R Us signed a 10-year agreement to stock a wide variety of its most popular toys on Amazon in exchange for being Amazon’s exclusive seller of toys and baby products. The agreement also stated that Toys R Us would give up its online retail presence and redirect ToysRUs.com customers back to the Amazon site. Toys R Us paid Amazon $50 million a year plus a percentage of their sales on Amazon. By 2002, the joint venture had become a hit with kids and met or exceeded all of Amazon’s expectations.

Then Amazon began allowing other retailers to sell toys and baby products through their website and in 2004 Toys R Us sued Amazon for violating their agreement. Toys R Us prevailed in the legal battle and was able to terminate the agreement, eventually collecting $51M from Amazon.

Here’s the dirty little secret that nobody seems to recognize. The deal was never about increasing selection or revenue around Amazon’s toy sales. Amazon does not want to compete in a market segment, they want to own it. From the beginning of the Toys R Us agreement, the goal was to take out the competition.

Amazon used the Toys R Us brand, the biggest in the toy retail vertical, to condition American consumers to buy their toys online as opposed to brick and mortar stores. At the same time that they were using the Toys R Us brand to accomplish this mission, they effectively prohibited Toys R Us from advancing their own online retail presence, leaving them years behind in development and online innovation. They created and built a market by borrowing the most valuable brand in the space while simultaneously boxing the same brand out of their newly created market. Toys R Us was a willing participate in building the car that ultimately ran them over.

Decades of success and category domination put Toys R Us in a position where they were unable to identify a threat (online retail and more specifically Amazon) and a lack of profit diversification left them vulnerable. Amazon was incredibly calculated in gaining a strategic first mover advantage over Toys R Us and waited patiently until they had compromised Toy R Us’s business model to a point where they would be unable to defend themselves before ultimately putting the retail giant out of business.

If you’re waiting for the joint venture of Amazon, Berkshire Hathaway, and JP Morgan to rush a PPO Plan to market to compete with established insurance carriers you don’t understand how they operate. The Amazon joint venture, or any healthcare venture, stand very little chance going up against established companies and lobbyists on their battlefield.

They are more likely to discreetly identify flaws and revenue concentration in the established business models, patiently and quietly gain strategic footholds that exploit those areas, and once the competition is compromised in multiple areas from which they can’t strategically recover they will strike.

In the case of Toys R Us, Amazon had the foresight to recognize the changing battlefield and the financial stamina to lose money in the short term in order to achieve their ultimate goal of taking down the competition.

One would be remiss to think that the joint venture does not possess the same fortitude to take down the next target, and this time the bull’s-eye is directly on healthcare, employee benefits, and anyone who works in both verticals.